Despite its name, the game is not a variation of checkers, nor did it originate in China or any part of Asia (on the other hand, the game known as "Chinese chess", or xiangqi, is from China). The game was invented in Germany in 1892 under the name "Stern-Halma" as a variation of the older American game Halma. The "Stern" (German for star) refers to the board's star shape (in contrast to the square board used in Halma). The name "Chinese Checkers" originated in the United States as a marketing scheme by Bill and Jack Pressman in 1928. The Pressman company's game was originally called "Hop Ching Checkers".
The game was introduced to Chinese-speaking regions mostly by the Japanese. 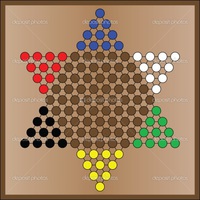